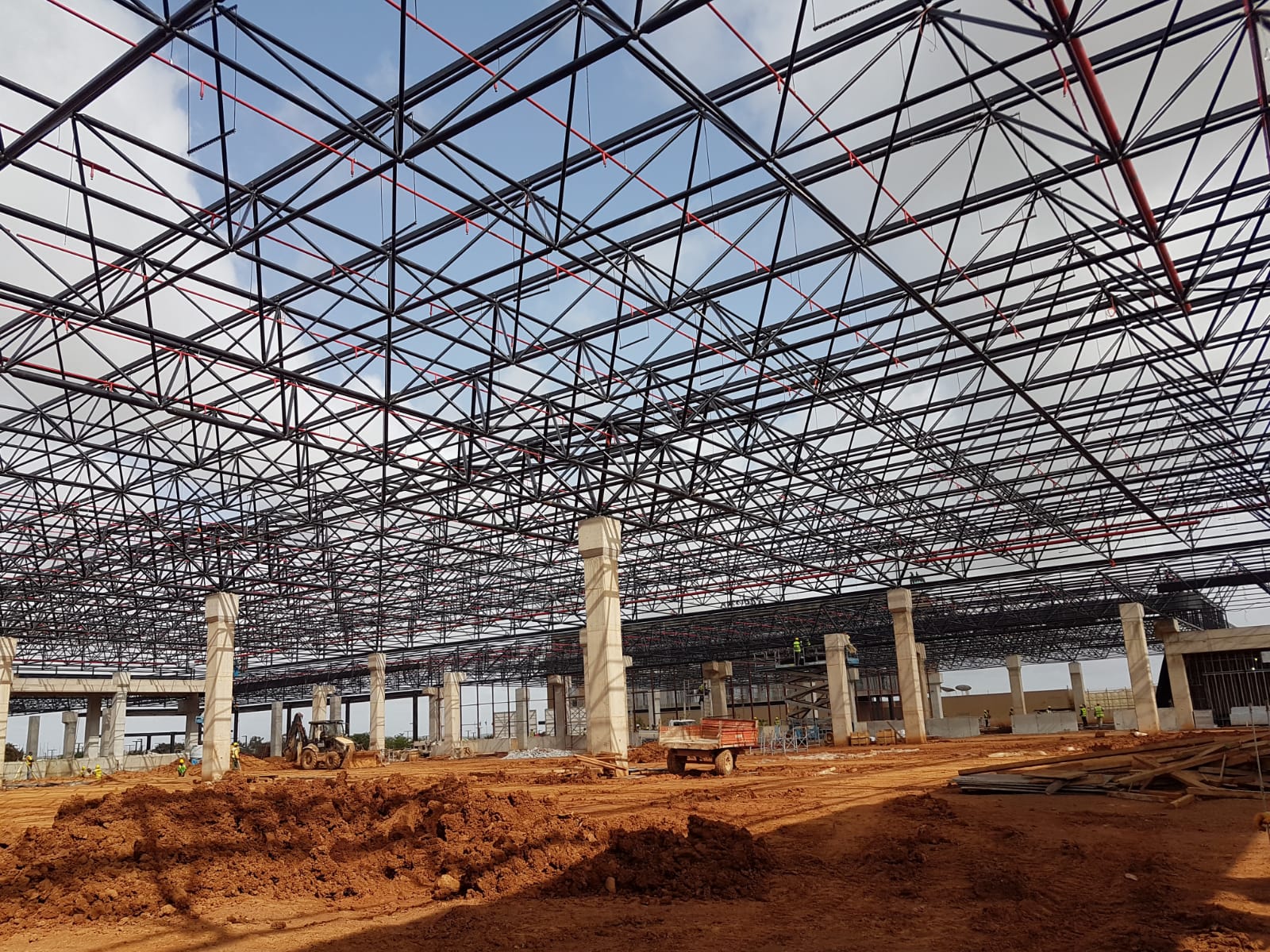 In architecture and structural engineering, a space frame or space structure (3D truss) is a rigid, lightweight, truss-like structure constructed from interlocking struts in a geometric pattern. Space frames can be used to span large areas with few interior supports. Like the truss, a space frame is strong because of the inherent rigidity of the triangle; flexing loads (bending moments) are transmitted as tension and compression loads along the length of each strut.

Alexander Graham Bell from 1898 to 1908 developed space frames based on tetrahedral geometry. Bell’s interest was primarily in using them to make rigid frames for nautical and aeronautical engineering, with the tetrahedral truss being one of his inventions. Dr. Ing. Max Mengeringhausen developed the space grid system called MERO (acronym of MEngeringhausen ROhrbauweise) in 1943 in Germany, thus initiating the use of space trusses in architecture. The commonly used method, still in use has individual tubular members connected at node joints (ball shaped) and variations such as the space deck system, octet truss system and cubic system. Stéphane de Chateau in France invented the Tridirectional SDC system (1957), Unibat system (1959), Pyramitec (1960). A method of tree supports was developed to replace the individual columns. Buckminster Fuller patented the octet truss in 1961 while focusing on architectural structures.

Space frames are typically designed using a rigidity matrix. The special characteristic of the stiffness matrix in an architectural space frame is the independence of the angular factors. If the joints are sufficiently rigid, the angular deflections can be neglected, simplifying the calculations. 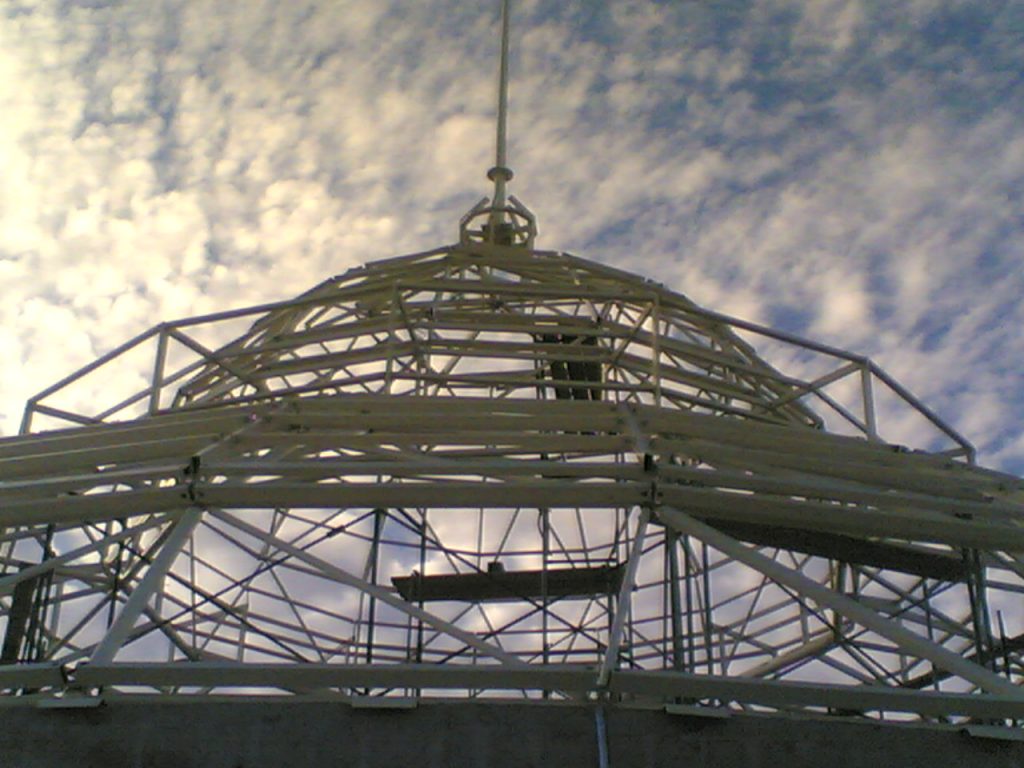 Simplified space frame roof with the half-octahedron highlighted in blue
The simplest form of space frame is a horizontal slab of interlocking square pyramids and tetrahedra built from aluminium or tubular steel struts. In many ways this looks like the horizontal jib of a tower crane repeated many times to make it wider. A stronger form is composed of interlocking tetrahedra in which all the struts have unit length. More technically this is referred to as an isotropic vector matrix or in a single unit width an octet truss. More complex variations change the lengths of the struts to curve the overall structure or may incorporate other geometrical shapes. 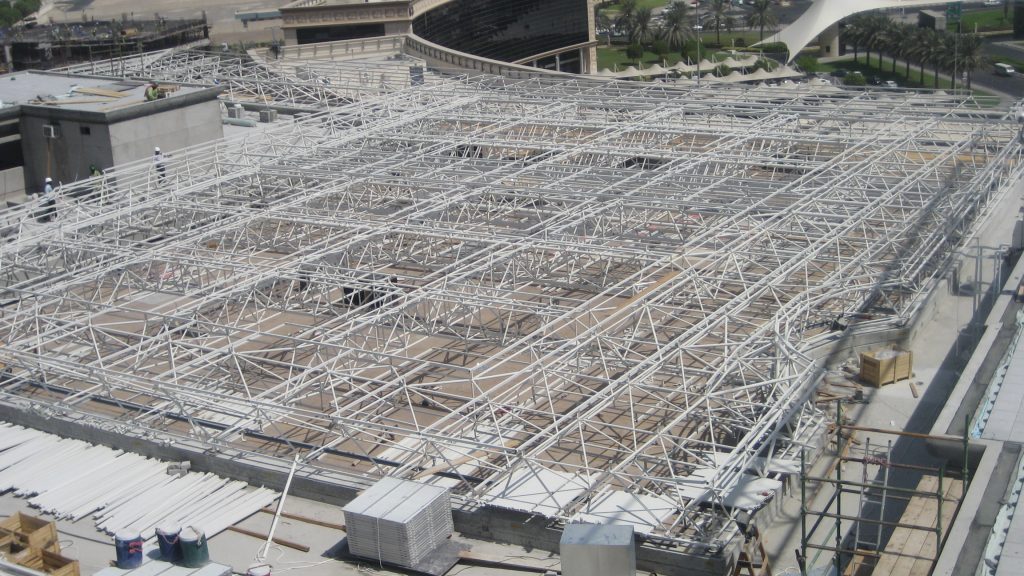 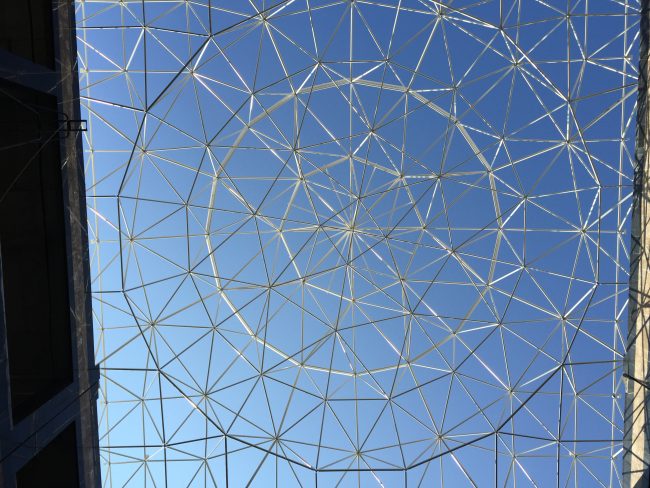 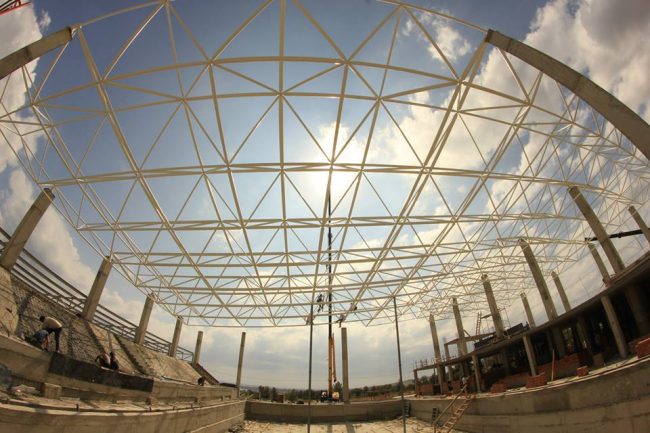 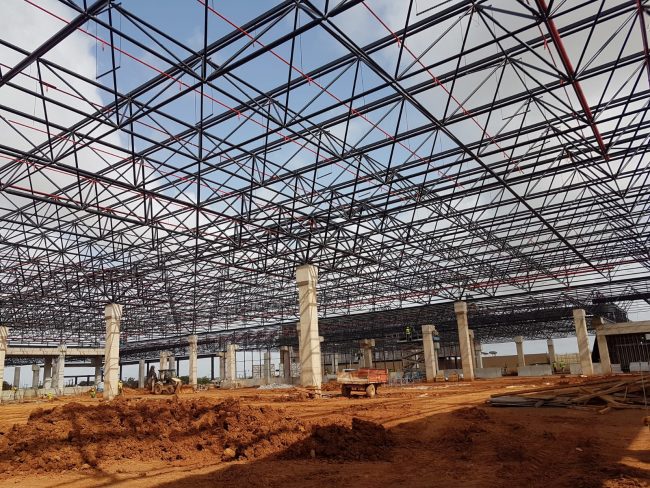